It's hard to believe that I'm working on my third dollhouse roof in 2021 - the one on Tasha's kitchen. And it's still only April!!! For someone who puts a good deal of effort into avoiding mini roofing, it's surprising! And because roofs tend to take me a long time (and because poor Russ hurt his back last week requiring lots of attention), I don't have anything interesting or substantive to share about Tasha's Kitchen this week. Instead, I thought we could all take a look back over the last six years of blogging to see what other projects have captivated me in Amazing April. 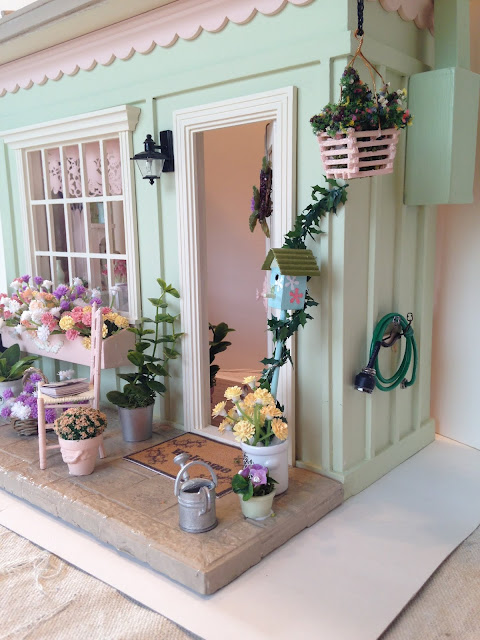 It stirs up so much gratitude to reminisce about where all of the ideas and inspirations have taken me throughout the years. When I started this journey to chronicle my creativity, it was in March of 2015. I began by sharing the potting shed that I was building to give to my Aunt Jackie for her 70th birthday taking place in June that year. It was such a labor of love, and included so much creative fun! The best part was that she loved it, and was so touched to be thought of that way. I finished it about halfway through April, and posted 24 times that month!

See Auntie Jackie's Potting Shed Posts Here They go in order from newest to oldest by clicking back through the Older Posts link at the end of the comments. 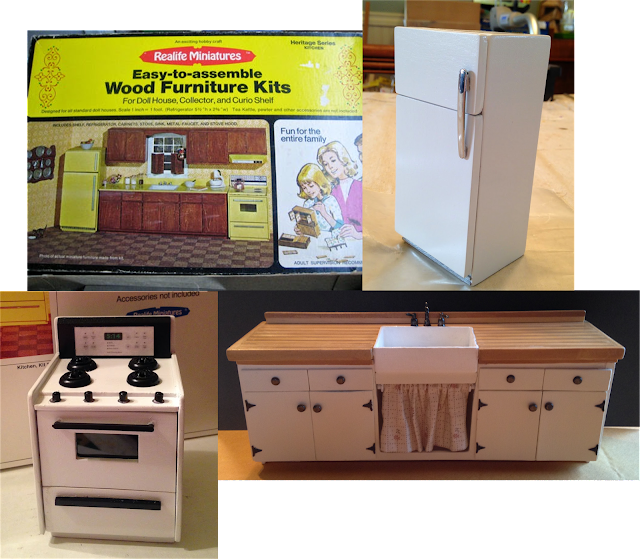 In the second half of that April, I was working on making a kitchen for the Real Good Toys Barn kitbash. I used the parts from a Realife Miniatures kitchen kit, reworking and customizing the cabinets and appliances. That was challenging, and a lot of fun!

And of course, the best thing that happened in April of 2015 was that my beloved, sweet, incredibly loving and heart stealing Rusty came into our lives! It was a total surprise! What an incredible blessing he is to me and Russ (and Woodson) every single day! 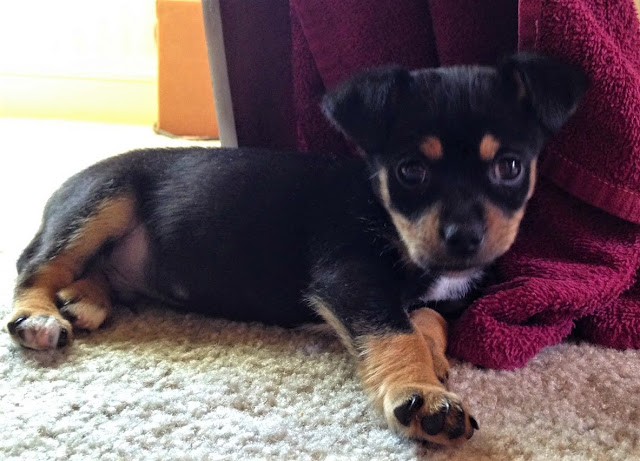 The following year, in April of 2016, I found myself working on a project that I called the Shabby Chic Soap Shop. It was a Greenleaf Sugarplum Cottage kit and I continued my education in bashing on it. 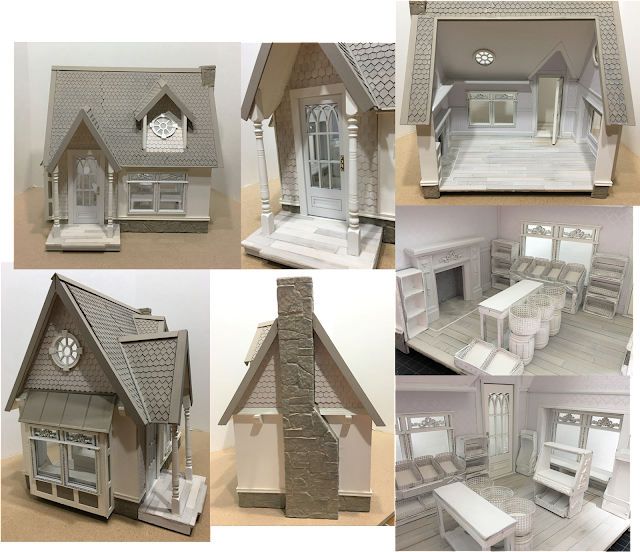 We were also working on creating a more functional craft room for me. Formerly known as the dining room, we actually only ate in there a couple times a year. Now, it gets used nearly every single day and being in there makes me so happy! In spite of painting it four times, I still haven't achieved the blue/green color I am longing for in my mind. Maybe I'll try again next April! 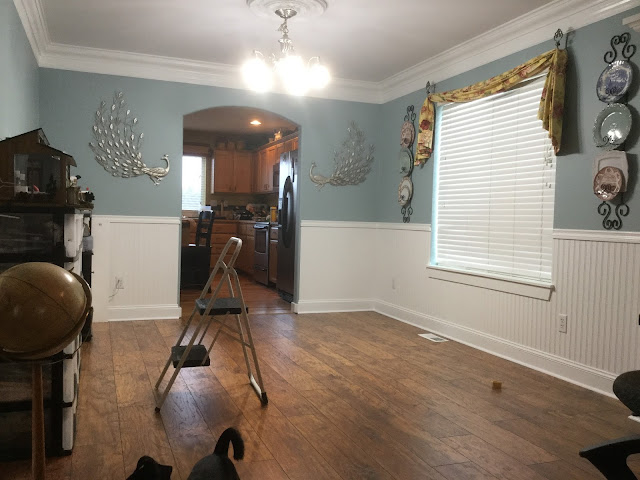 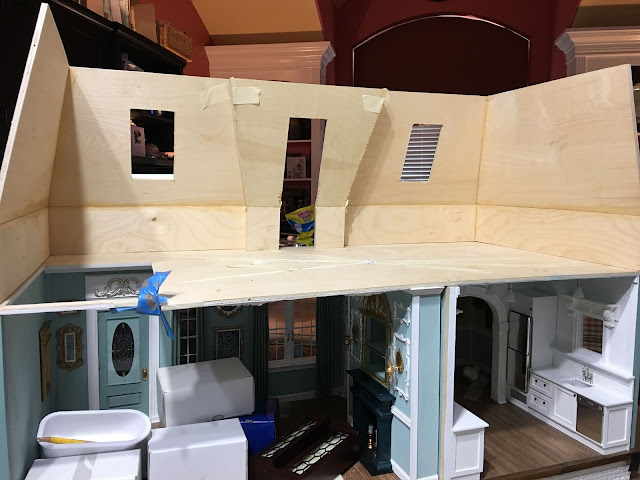 April of 2017 had me building the Real Good Toys New Orleans dollhouse kit. I took my bashing to a whole new level with this kit, adding height to walls and having to figure out how to make angles for a mansard roof. I found myself way out of my comfort zone and skill level, and it took until July of 2019, with lots of mental breaks, to call it "finished".  I learned a lot, risked a lot, but absolutely love this dollhouse! 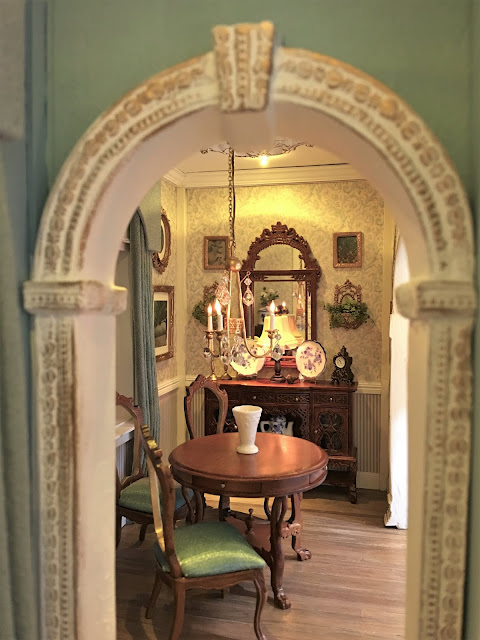 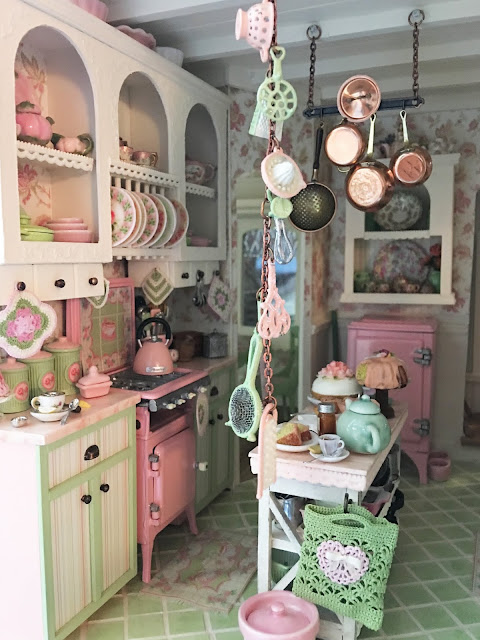 April of 2018 was such a creative time for me! I was just beginning to bash the Storybook Cottage dollhouse, my favorite build, so far. The ideas for creating more space, quirky features and solving problems seemed to pour out of my veins! What a magical time!

I am honored to have had the Storybook Cottage project's potting bench chosen for the cover of American Miniaturist (AM215), and also to have had other exterior aspects featured in this month's issue. I hate to admit it, but this dollhouse still needs a couple rooms to be finished inside. Once Tasha's Kitchen project is done, I am leaning toward doing just that. 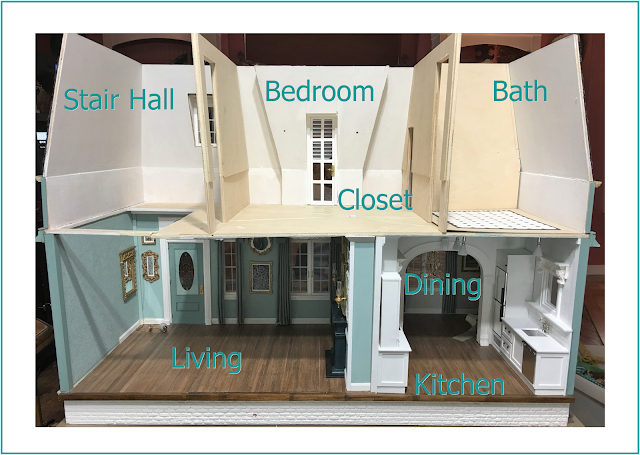 In April of 2019 I had found my inspiration again to continue the work on the New Orleans dollhouse. This time, on the upstairs hallway, bathroom, closet and bedroom. It's so comforting to know that even after you've lost enthusiasm for a project for a time, you can find it again and finish it! 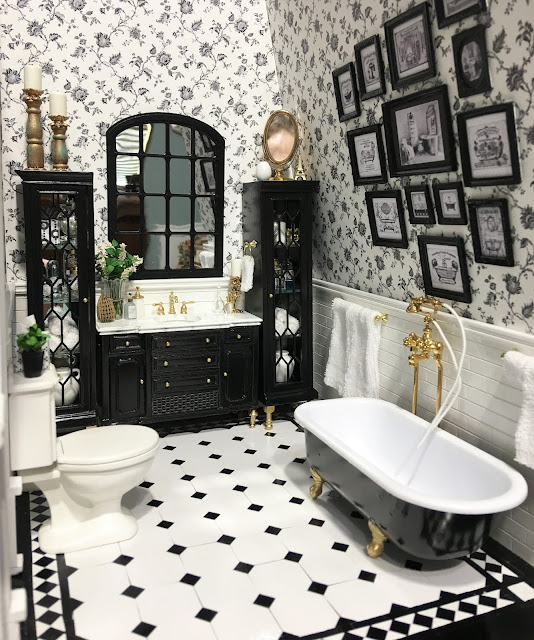 You can see all the posts from April 2019 here. 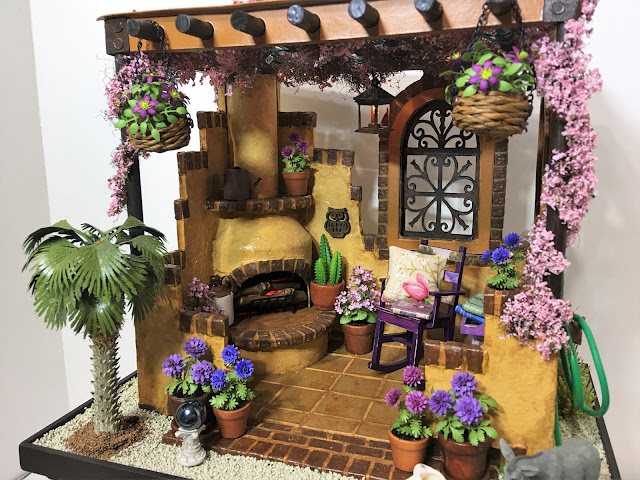 April 2020 was a challenging time for so many of us. The idea that we had to stop doing so many of the things we'd always taken for granted was a huge adjustment. For me, the hardest sacrifice was giving up time with family. I felt so fortunate that Tasha and I got to be with my mom in Arizona for her 70th birthday in February. Just two weeks after we got back home, the lockdown began. She was on my mind daily, and with Mother's Day approaching, I wanted to make her a little project that included some of the things she loves in her new retired life.

You can read about Mom's Mother's Day project starting here. 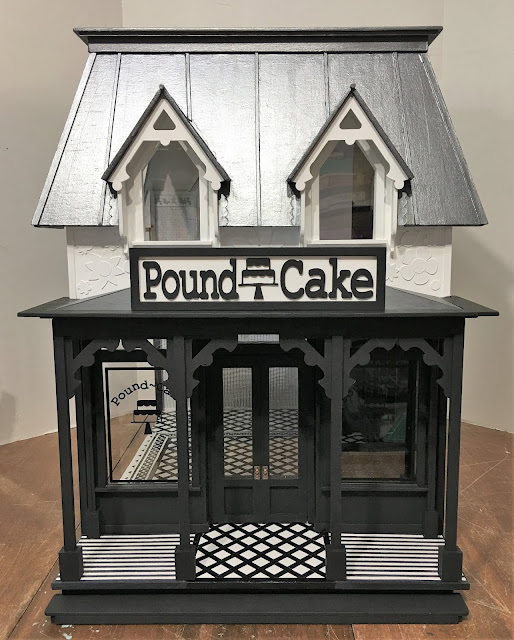 I was also working on Pound Cake, the bakery project's exterior. True to my usual M.O., my enthusiasm for this project has waned and I await it's return. Someday, it's going to be awesome, and I have faith that I'll become enamored with it once again!!!

I used to fear April's arrival, standing by the narrative that only bad stuff happened in this month. I pointed to things like the historical births of many of the world's monsters, anniversaries of many disasters and massacres, the assassinations and deaths of some of the world's most incredible leaders, and of course, our dreaded tax returns were due. But now, in my broader wisdom, I see that was just a story I told myself. April, like any other month., is full of life, whatever label we assign to it. Looking back at the incredible blessings that occur in this month gives me a new perspective. April is Amazing, and our stories are just what we choose to believe about them. Thoughts really do become things... Now I'm choosing the good ones.

Thanks for walking down memory lane with me!

Email ThisBlogThis!Share to TwitterShare to FacebookShare to Pinterest
Labels: The Madness