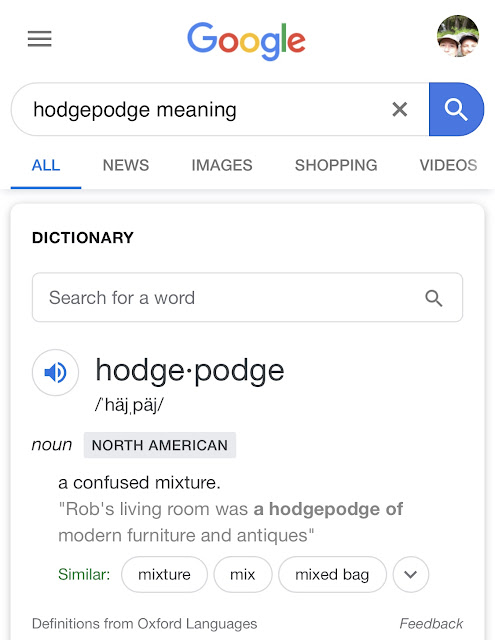 A confused mixture is exactly right in describing what I've been up to this past week or so. And it seems like I haven't accomplished or brought to conclusion any of the things I've started on. It's been entertaining at any rate, and worthwhile because I learned some new things. I'll hit the highlights...

I made some more bottles from the mold but am still waiting for the tops to arrive from the Netherlands. Once those arrive I can get the bottles finished up and start the drawing for the vanity set. These colors came out a little better. 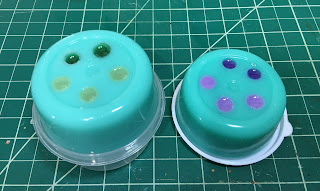 It took two nervous days to work up my courage to complete the set up process and print the first test file on the 3D printer. I was astonished at how well it went, and in fact, that encouraged me to grab some of the stl files of things I'd previously made for Shapeways and give them a try. All it required was to open the files into the QIDI slicer program and then save them as gcode files onto a thumb drive for the printer. Then, just pop the thumb drive into the printer, make a few selections from the touch screen and you're off! 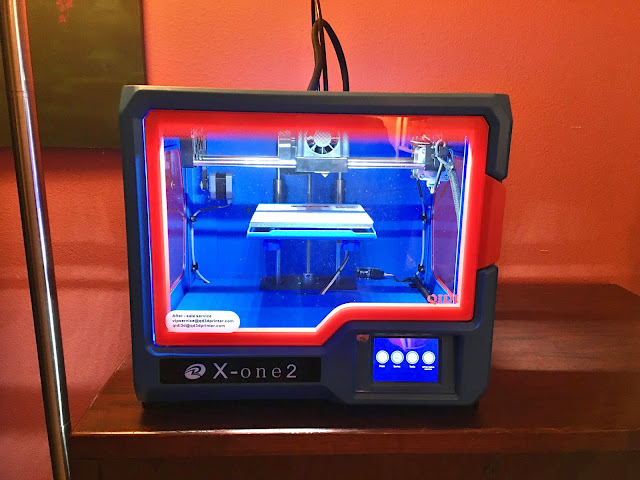 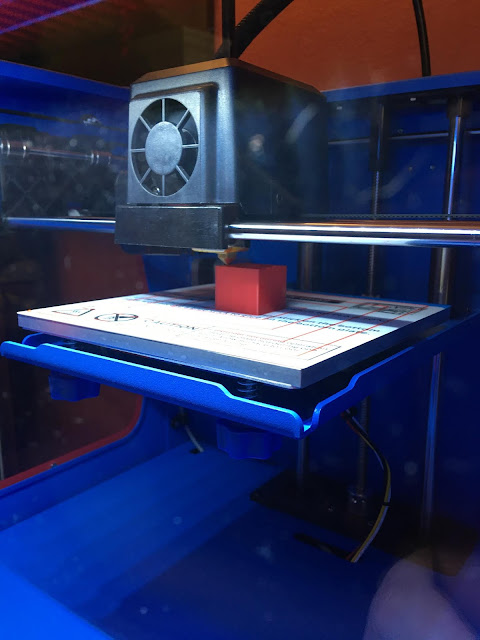 The first of my own prints was the modern wall mounted toilet. Red was the random spool color that came with the printer, though I ordered white to use after I get some practice in. It came out surprisingly well. 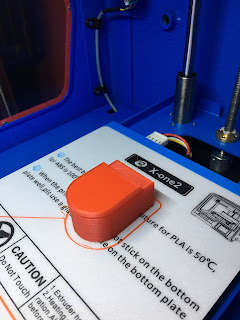 Then I threw a little more challenging print at it by making a phone holder in Tinkercad and testing that out. The first try got about 7% completed and then the printer started making a funny noise. Russ and I realized that the nozzle had clogged and the noise was the printer's attempt at trying to squeeze more filament out of the nozzle. Luckily, the printer comes with videos on a thumb drive that shows how to unclog the nozzle. It's a pretty common thing and a good learning experience. I'm so glad Russ was there to help me stay calm and confident that we could do it. Soon we were back underway! I am now the proud owner of a handy phone holder with my name on it! 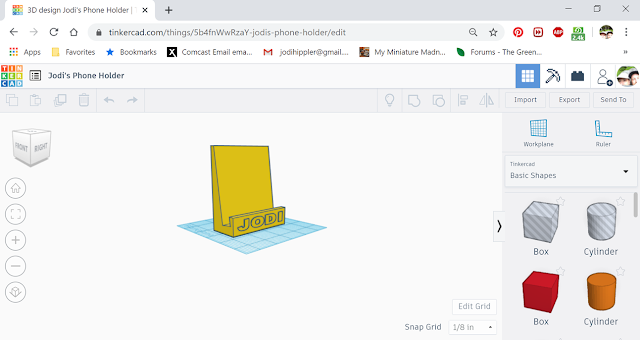 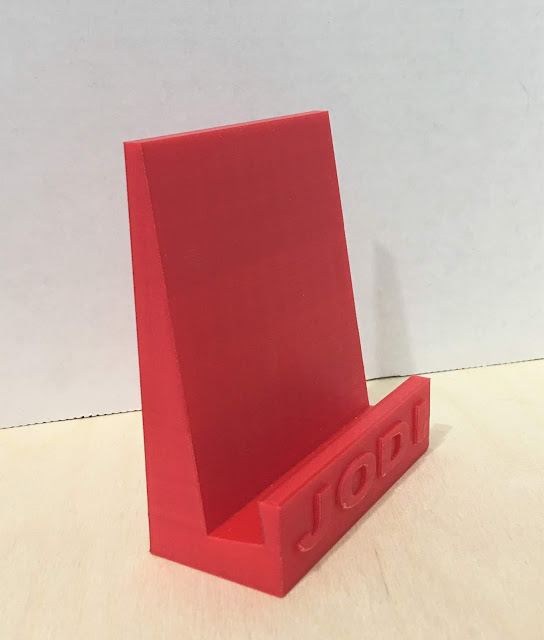 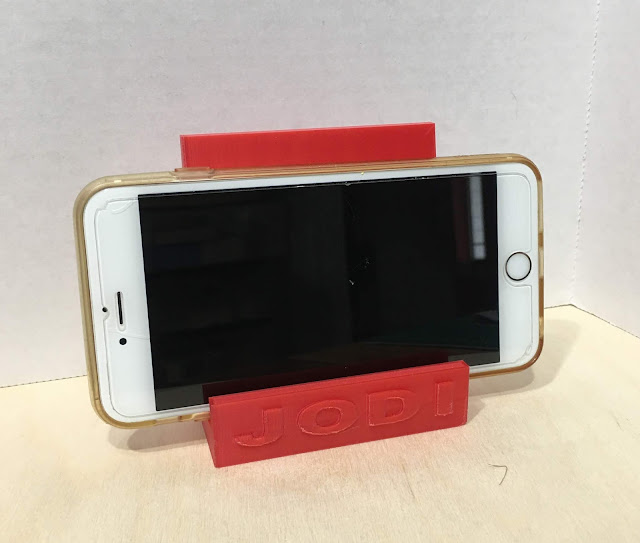 After that I threw a few different challenges at it: side by side items, teeny tiny items and things with letters. In most cases it performed beautifully without having to change any settings. There are a couple things I can do to improve the designs for my printer, but that will all come in good time. For now, just learning the slicer program and all of it's functions and settings is plenty! 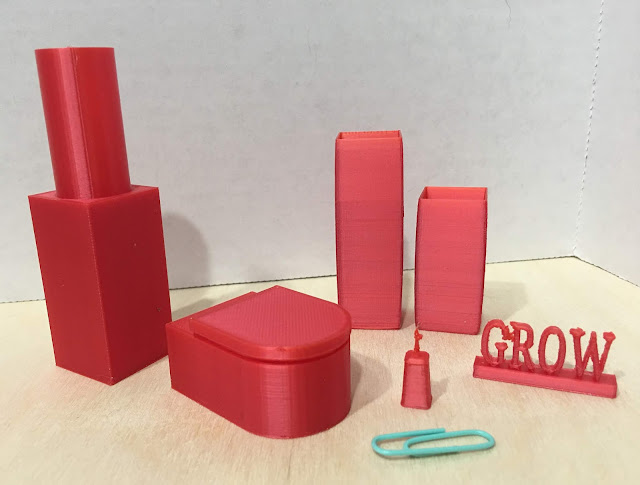 It is mesmerizing to watch as the printer adds the layers and then fills in the voids. It takes a really long time, though (9-1/2 hours for the phone holder), so you have to occupy yourself with other things. I put a few coats of paint on the tall planters. I like that they end up looking like concrete or pottery.

I also had these cake kits from Stewart Dollhouse Creations to look forward to... 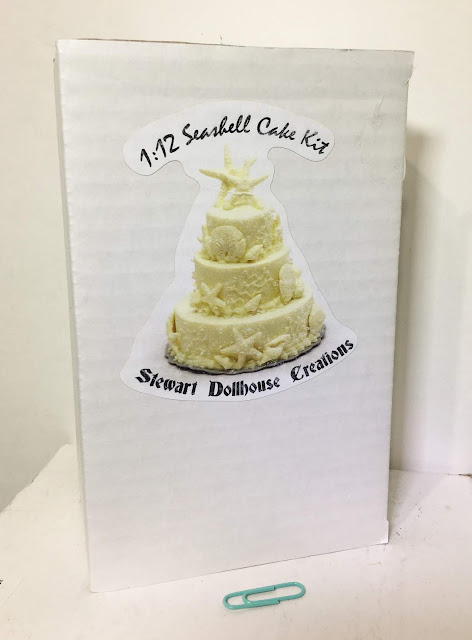 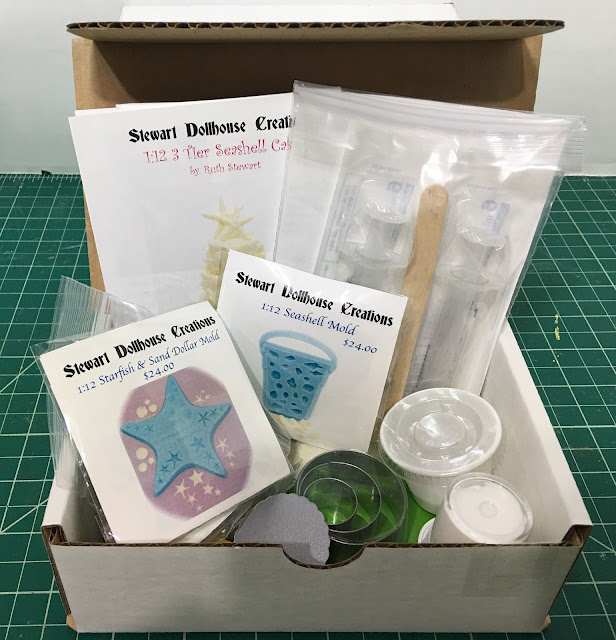 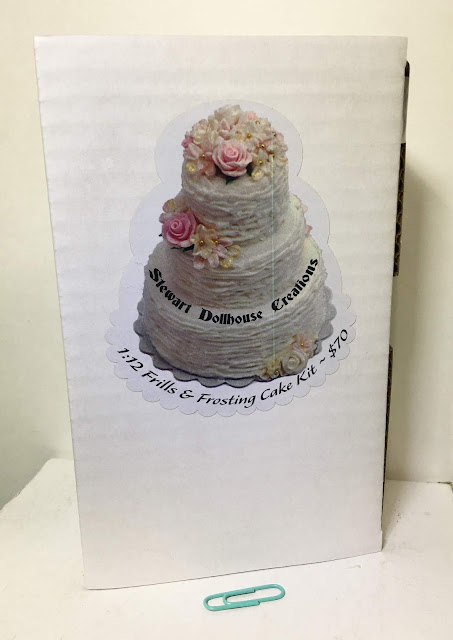 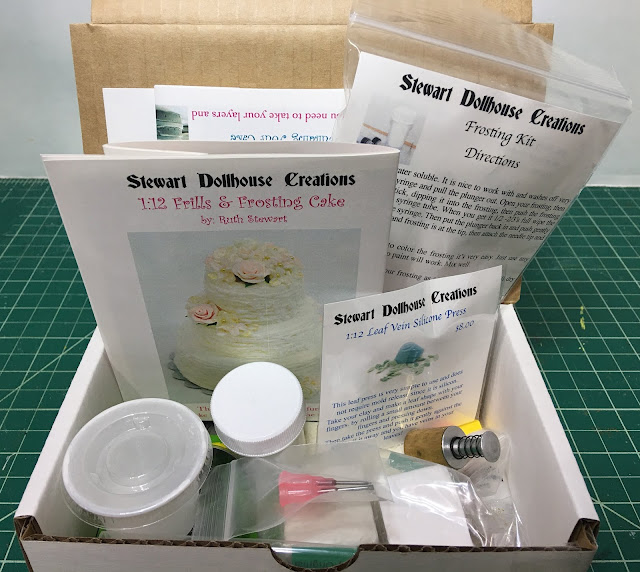 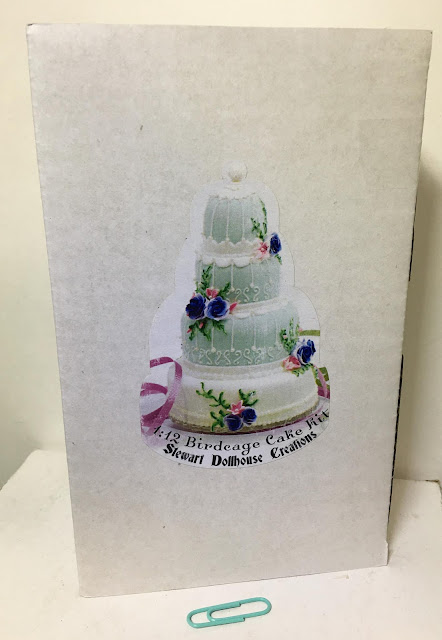 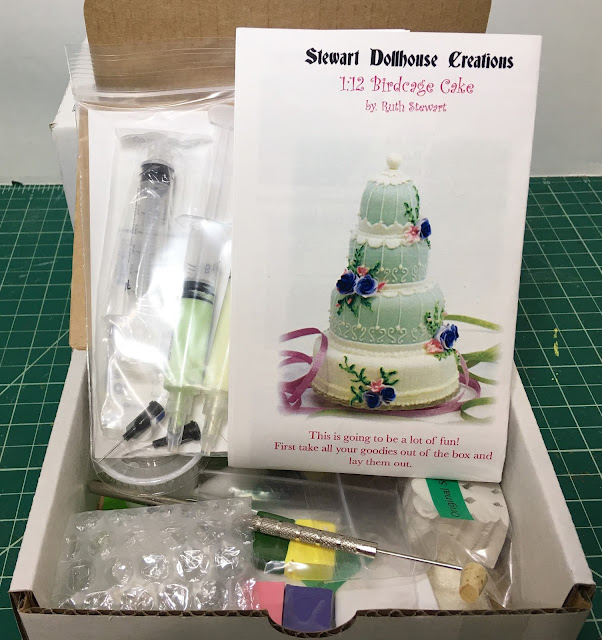 I dove in to the first kit and quickly realized that it was going to be an all consuming activity. Like when I started on the Storybook Cottage garden, figuring it would take two weeks. It took nine!!! I did complete four cakes from one kit over a few days, so, yippee! It is apparent that I will need A LOT more practice!!! 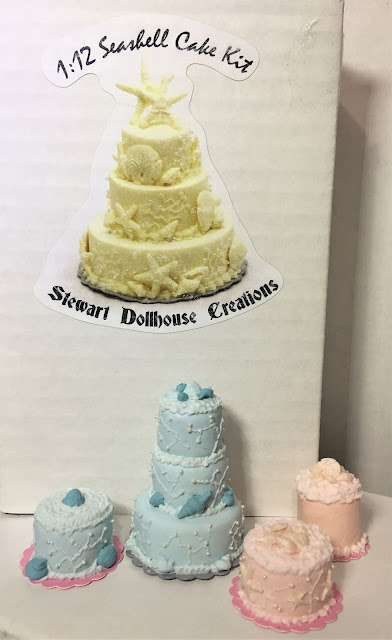 I looked at all of the bakery shelving that will need filling for Pound Cake's displays, estimated how many more I would need, ordered some more Original Sculpey and Soft Fimo, and will now wait until it arrives before I dive back in to the project. Making mini baked goods tends to monopolize your work table and it looks like June will arrive before the supplies do. Craft stuff is getting harder to source and more expensive by the week!

It's probably a good thing I'm stalled, though, because Father's Day is coming up fast. I have an idea and a direction for dad, but need to get started. Here;s a hint... 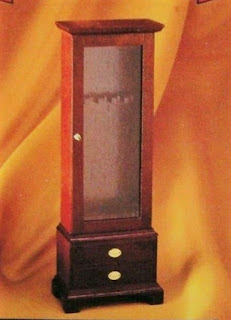 Oh, and one other distraction and major rabbit hole to report for the week. I bet most of you are aware that HBS/miniatures.com re-released a couple popular Creatin' Contest kits. For those that did not know, there was a vote held on Facebook between four popular kits. The winners were Lisa's Country Cottage and MiniTown Loft. I bought two Lisa's kits and, call me MAD, got them out to start planning... 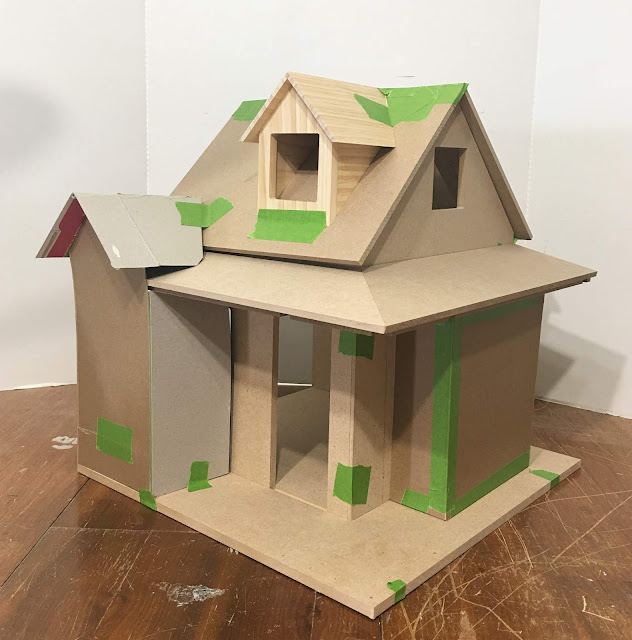 More hodgepodge to come. Y'all come back soon, ya hear?