Closing Up For Winter

When Vera and Virgil first came and asked me to build their dream cottages, I don't think they were planning on my taking August through October off. I wasn't either, so it didn't surprise me in our last meeting when they expressed concerns. After all, every sign, in the house and out in the world, was pointing toward trouble. Darkening skies, cold nighttime temperatures and the sound of wind swept rain as it played it's threatening tune against my southern facing work room window. Winter was coming, and while it has never rained in the work room, the cottages, with no roofs installed, were exposed to whatever may happen in there. I assured them that I was concerned, too, and would focus great energy toward winterizing the cottages right away. 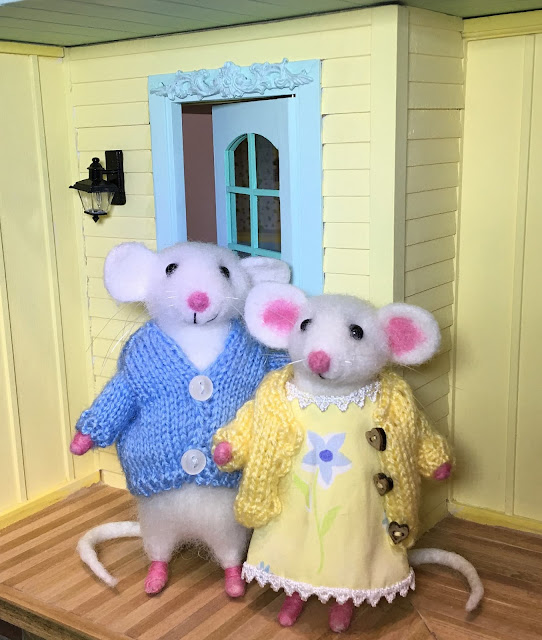 The first task was to get the porch ceiling and then the porch roofs installed. Luckily, this was a pretty straight forward process since the Lisa's Country Cottage kits are so well made. Sure, I had to make some revisions due to the added pop outs, but that was, thankfully, an easy job, too. 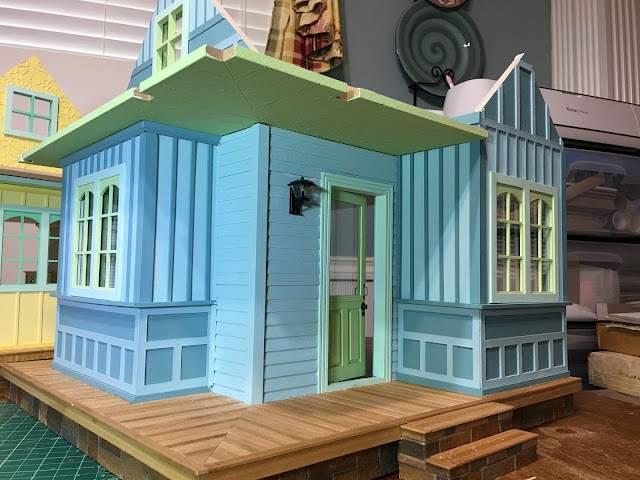 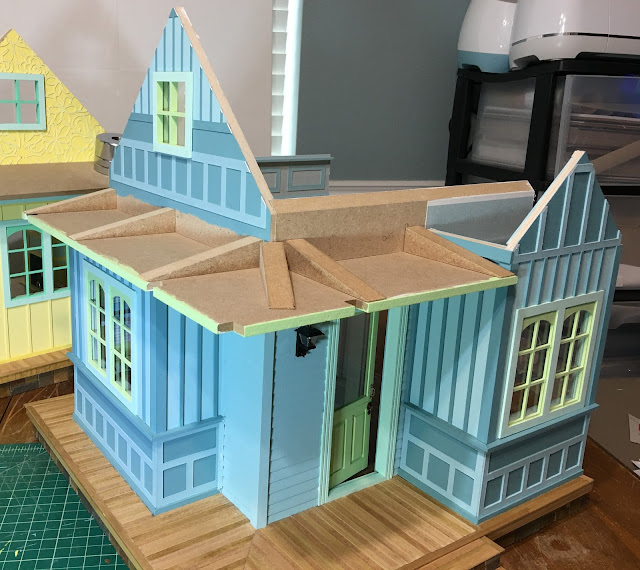 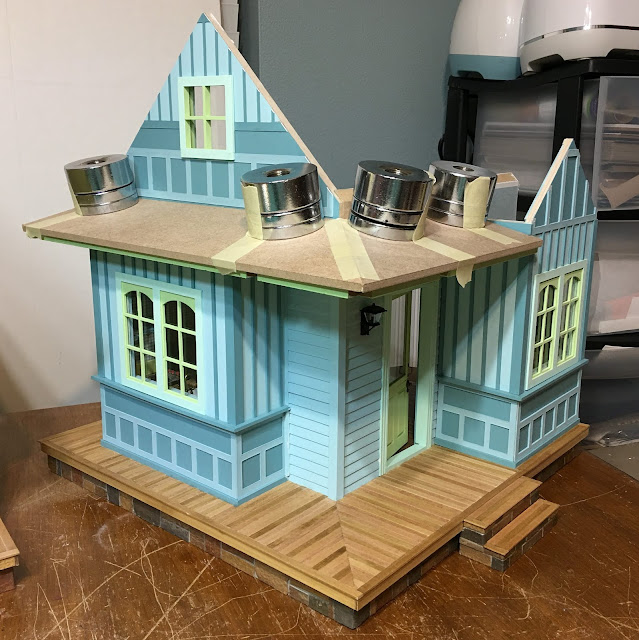 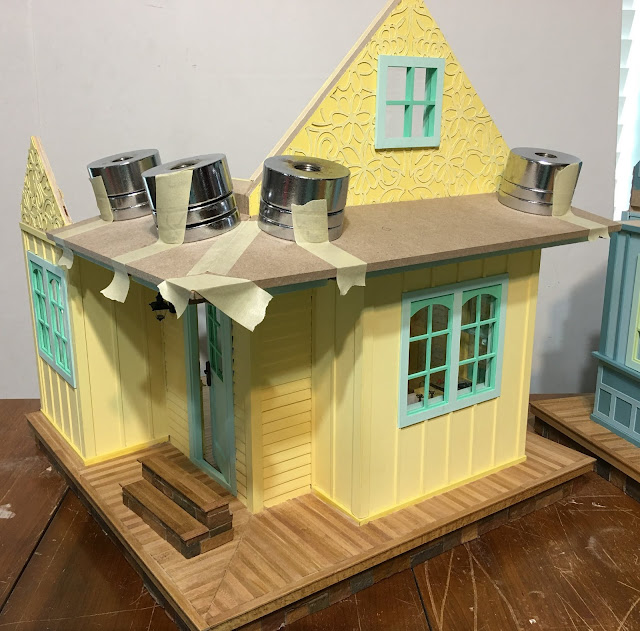 With the porch roofs completed, it was finally time to move on to the main roofs. I had cut the openings for the dormers when I first dry fit the kit. Heck - I even had the ceiling sides primed. All they really needed at this point was to have the wallpapers added.

Once the papers had been applied and the paste had set, it was time to get the roof pieces installed on the cottages. It's such a great sense of accomplishment as you see the pile of components on a kit build dwindle down! 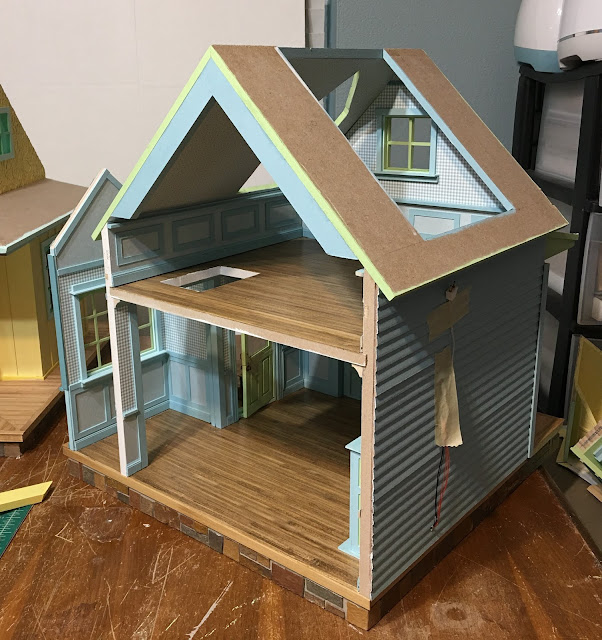 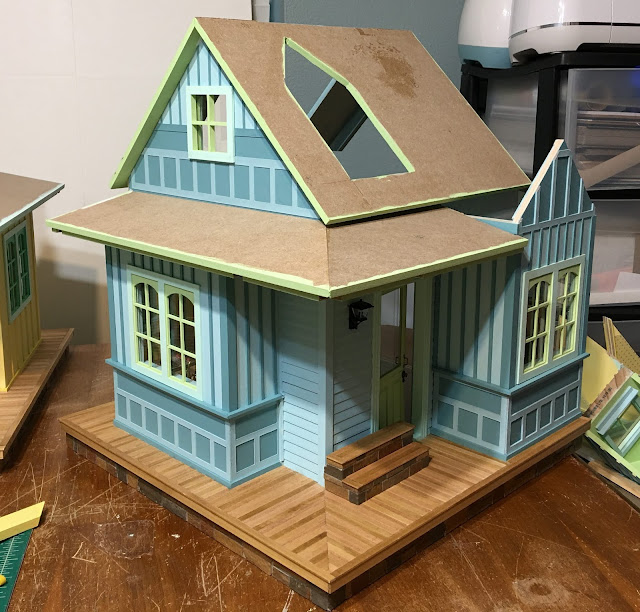 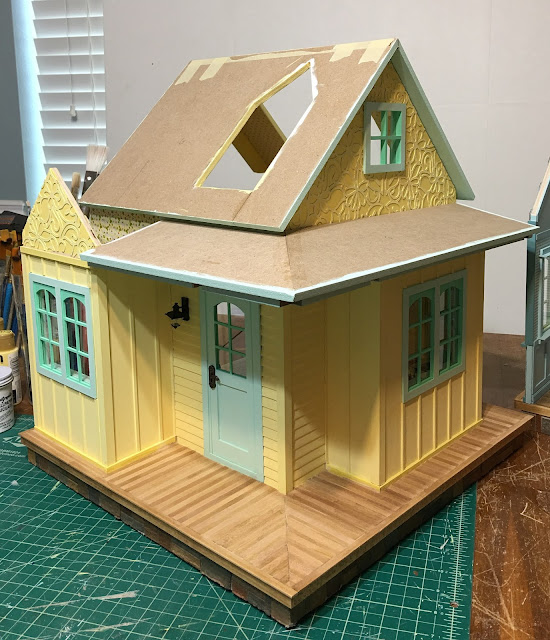 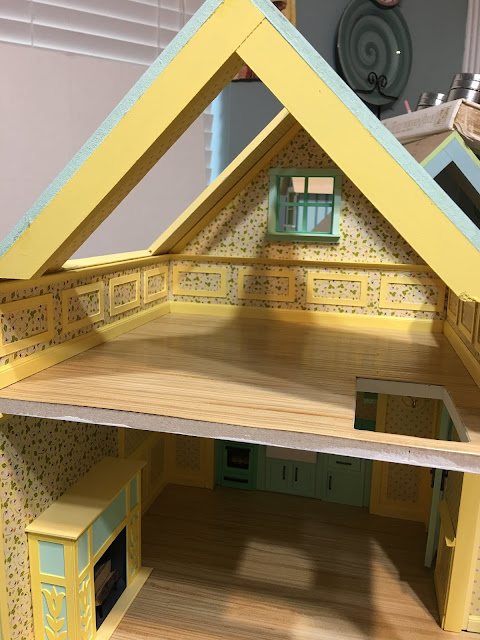 I'm so glad that I planned ahead and had both the gabled and shed dormers for each cottage as finished and as ready to install as possible. This meant that there was no lag in getting to see the cottages nearly complete. The facades, which I had only seen in a rough dry fit and in my imagination, were now a more tangible and nearly realized dream.

Here are photos of the inside of Vera's bedroom with ceiling and dormers installed. It's fun at this point to remember the original kit design and know that, by simply dropping the floor, there is a real and functional living space for these mice. 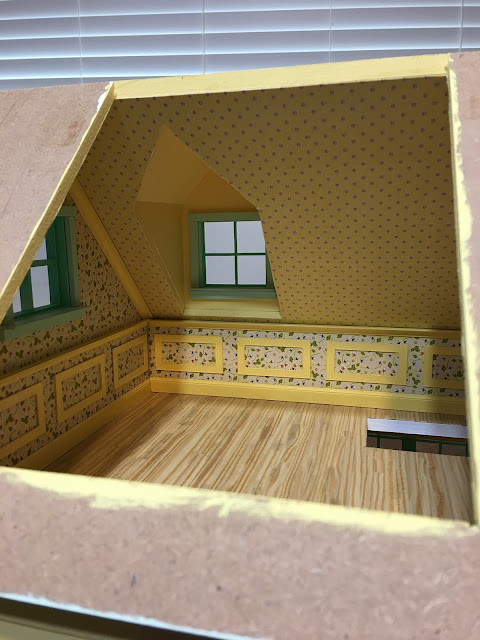 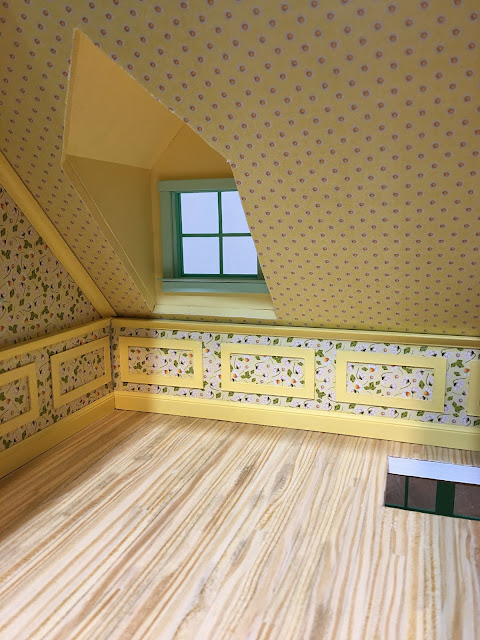 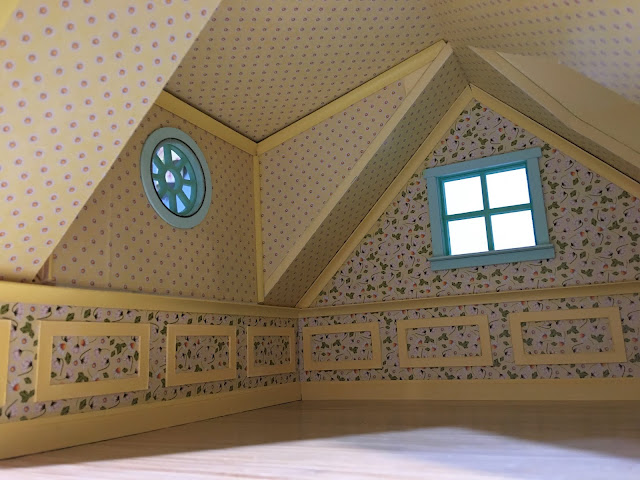 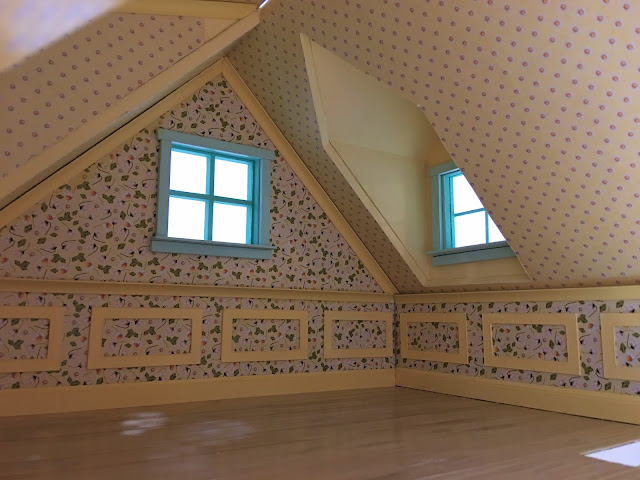 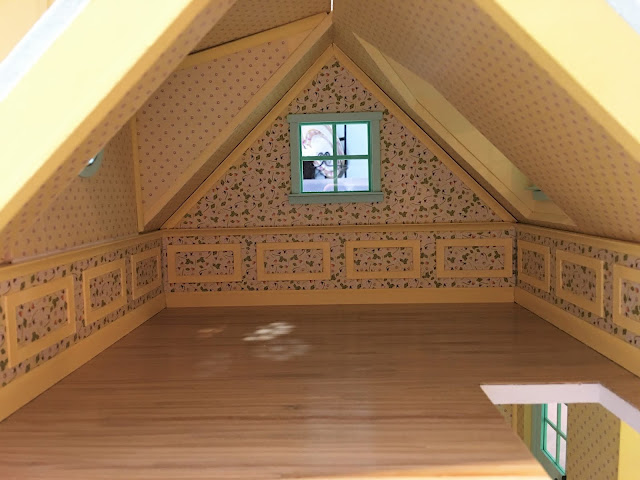 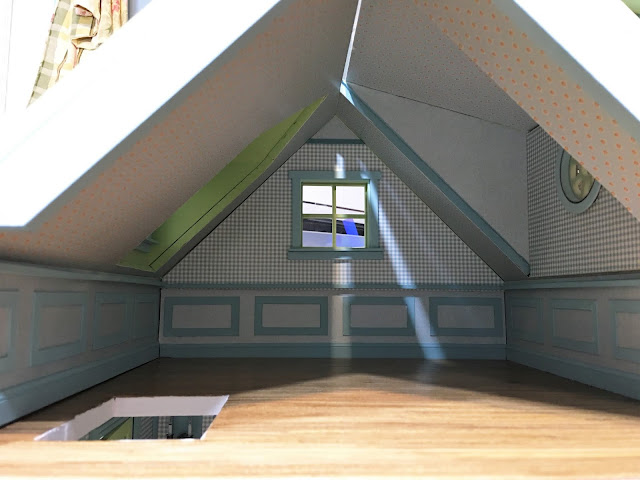 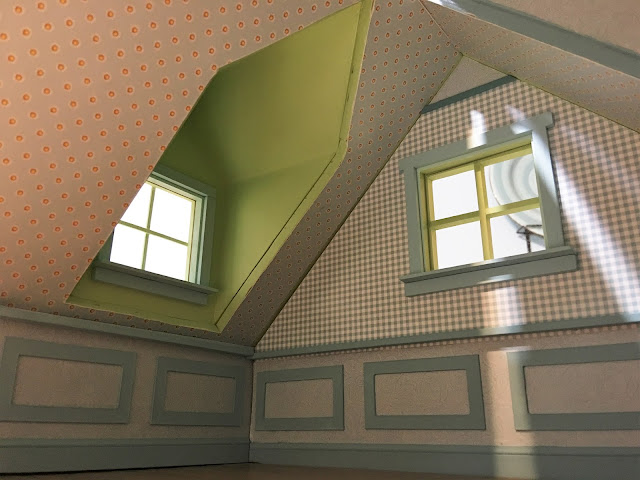 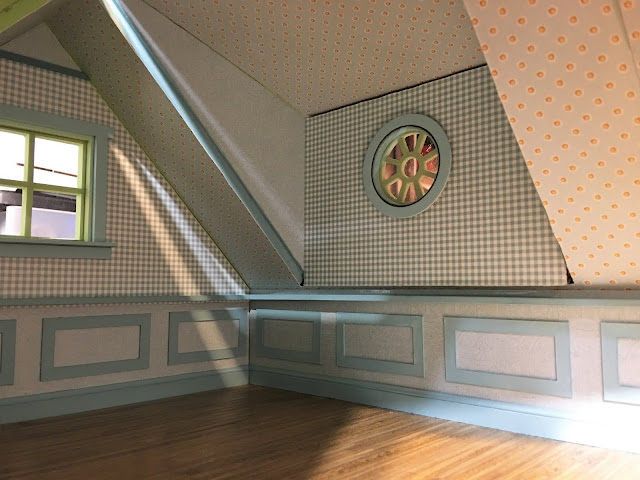 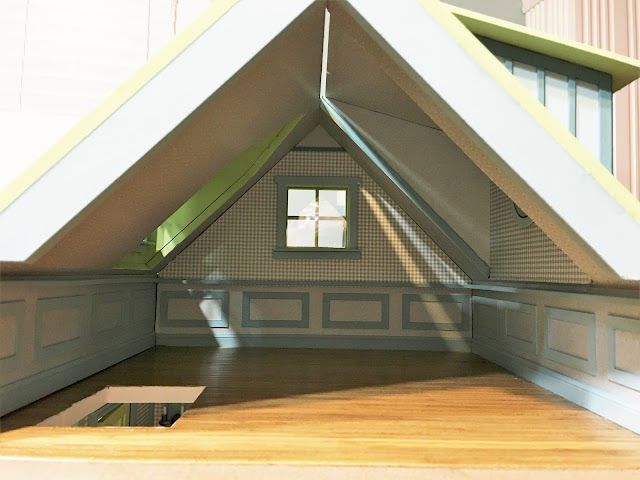 And the gabled pop out roofs, the trickiest roofs I've ever taken on. They were challenging because they have to tie in to both the porch and the big roof, and connect flush into the wall. I did pretty okay with them, thanks to Russ' help. Gaps will become a secret once the roofing is installed and the inside ceilings trimmed. 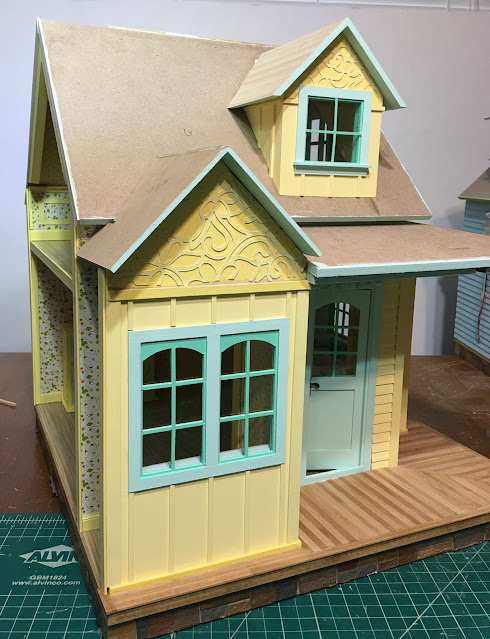 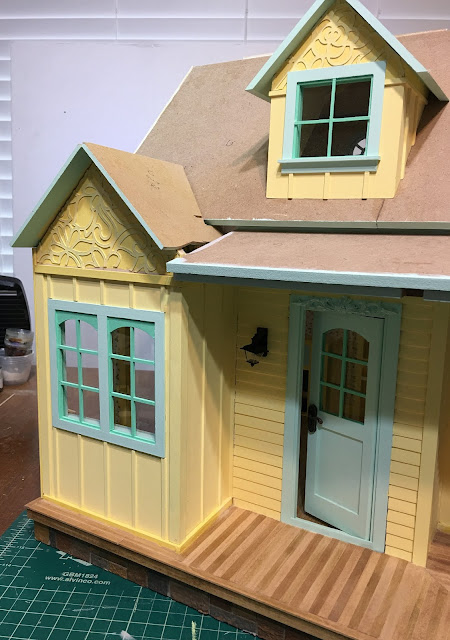 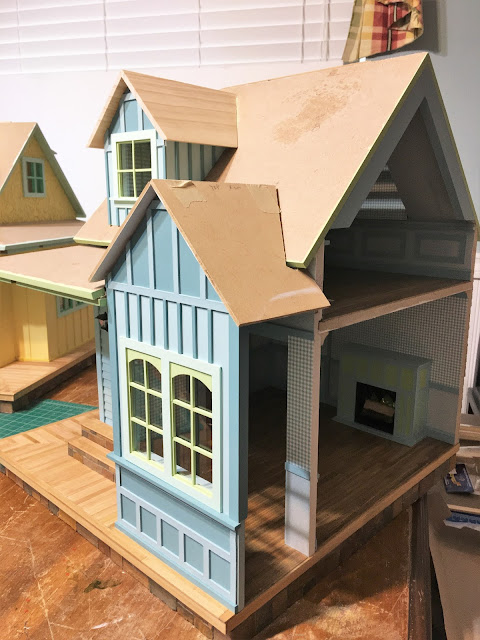 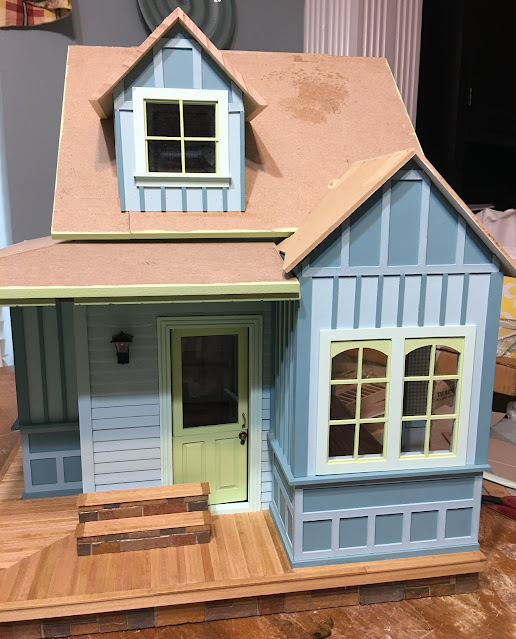 There is still much trim work and touch up to do. And actual roofing shingles to be installed... 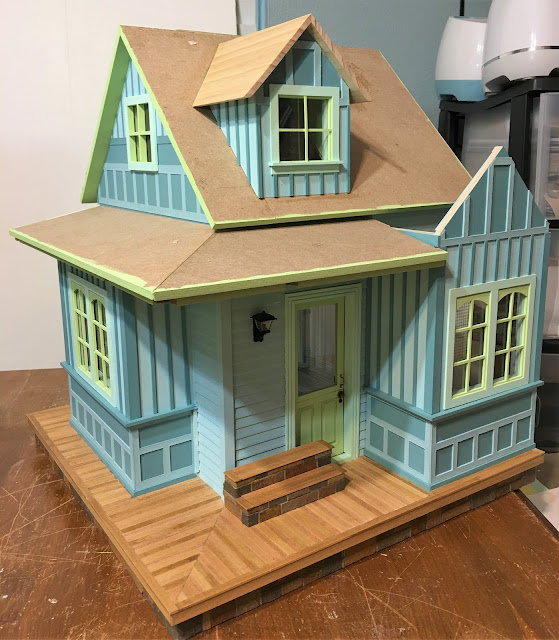 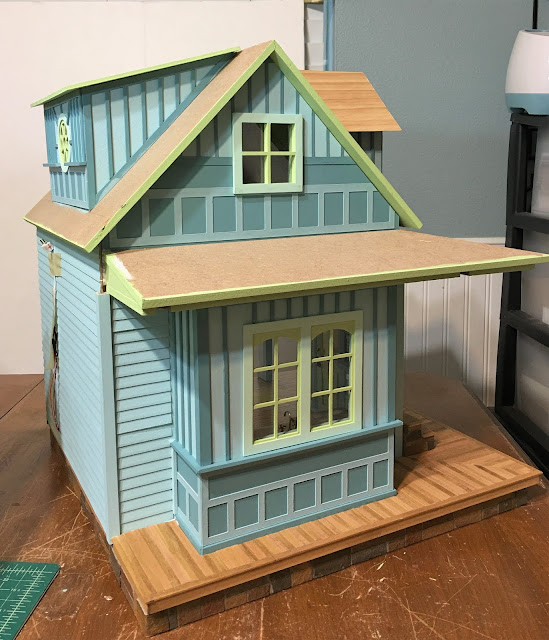 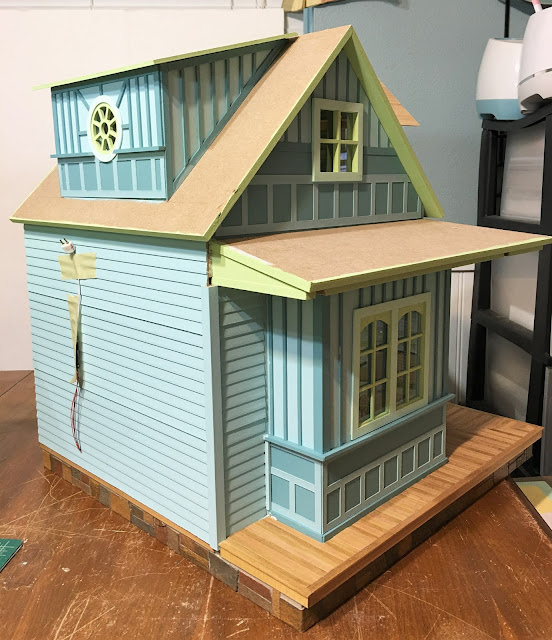 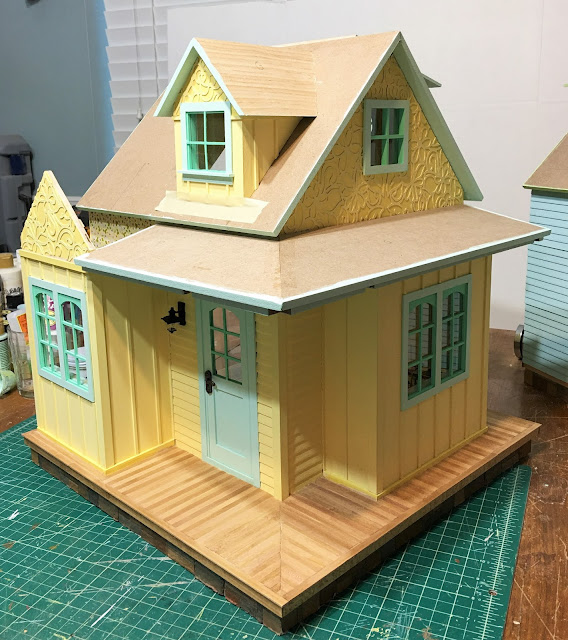 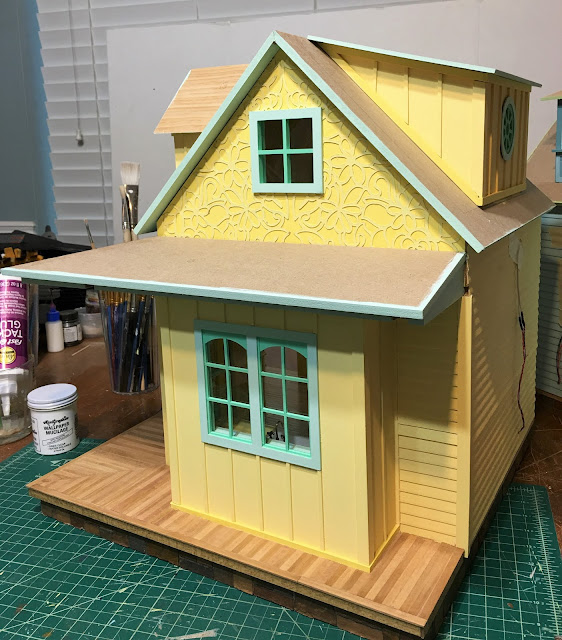 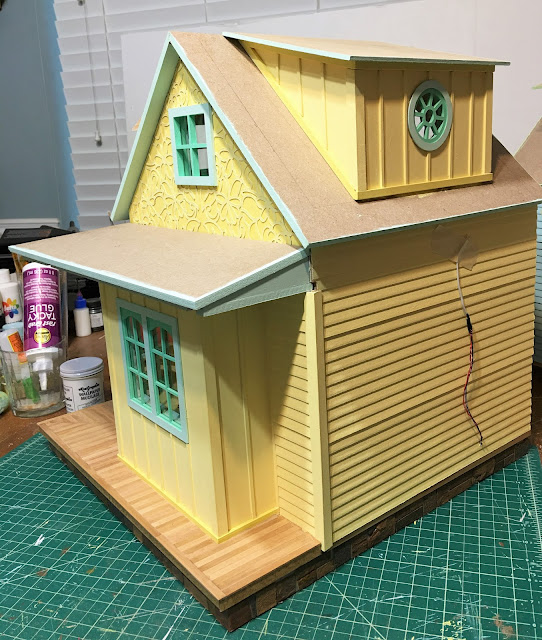 But with such promising progress, Vera, Virgil and I are ecstatic! It looks like the cottages truly will be closed up and secured for the winter. 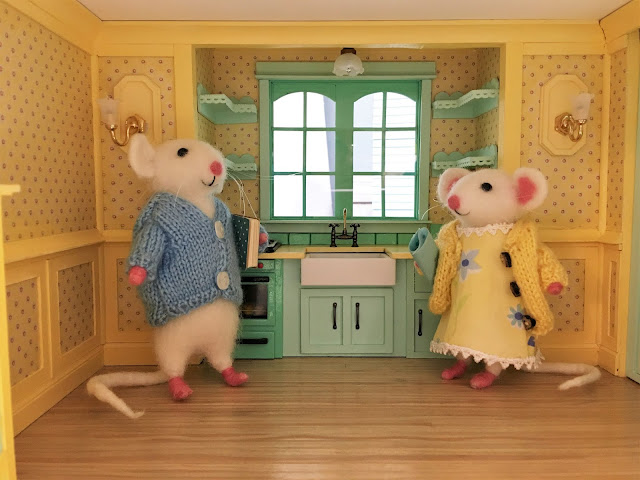 I hope your winter preparations (or summer for our down under friends) are coming along in a hopeful way, as well.